Guildford Town being in a gap in a river valley, surrounded by hills, and areas of significant landscape value particularly to the south has major issues in expanding its transport infrastructure.  There has been discussion on supplementing the A3 with a Tunnel.  Extrapolating from costs for the Hindhead Tunnel shows a tunnel of an equivalent standard t from Burpham to Compton would cost in the region of £1.5Bn to £2Bn.  An investment on this scale whilst welcome would not be a total solution.  Solving traffic flows North South through the town is a issue and a upgraded A3 is likely to attract more traffic through the Town and Urban area.

Government spending for the immediate future is likely to be concentrated in the north of the country and also supporting the continued Health and Social Service costs to manage the Covid Pandemic over the next few years.  The Society is doubtful if major sums for investment will be forthcoming in the future.  It is likely thatGuildford will have to adapt and use existing transport infrastructure more effectively as part of a greener future.

The Government has set out several green ambitions for the future e.g. banning Petrol Car Sales in 2030.  They will also ultimately need to tackle the annual income of £40Bn disappearing from Petrol Tax as cars are electrified.  It is also notable that Petrol Tax has been frozen since 2011 whilst public transport fares have continued to rise.

The Society Transport Group has considering many of these issues and has now documented ‘Some Thoughts for Transport in Guildford’.  We believe there are a number of initiatives that could be considered to reduce traffic in the town centre, enable Active Travel (Cycling and Walking) and make Public Transport more effective.

Probably our most contentious proposal is to consider local road pricing, integrated with smart card technology to charge for Parking, Trains, Buses, ‘cordon’ access to areas of the town etc.  Smart card technology can vary road pricing by time of day, type of road, vehicle class and emission levels. This is an approach that has been adopted in Freiburg, our twin town.

We have developed some preliminary ideas on how a scheme might work in Guildford see presentation attached below.

Nationally, with the rise of electric vehicles, we are likely to see a scheme that replaces fuel duty with a system of  road pricing that is likely to vary by time of day, type of road, vehicle class and emission levels.  The government has protected motorists by freezing the fuel levy for many years.  Potentially the Department for Transport may take the implementation of road pricing as an opportunity to price transport rationaly in the country including environmenatal costs. 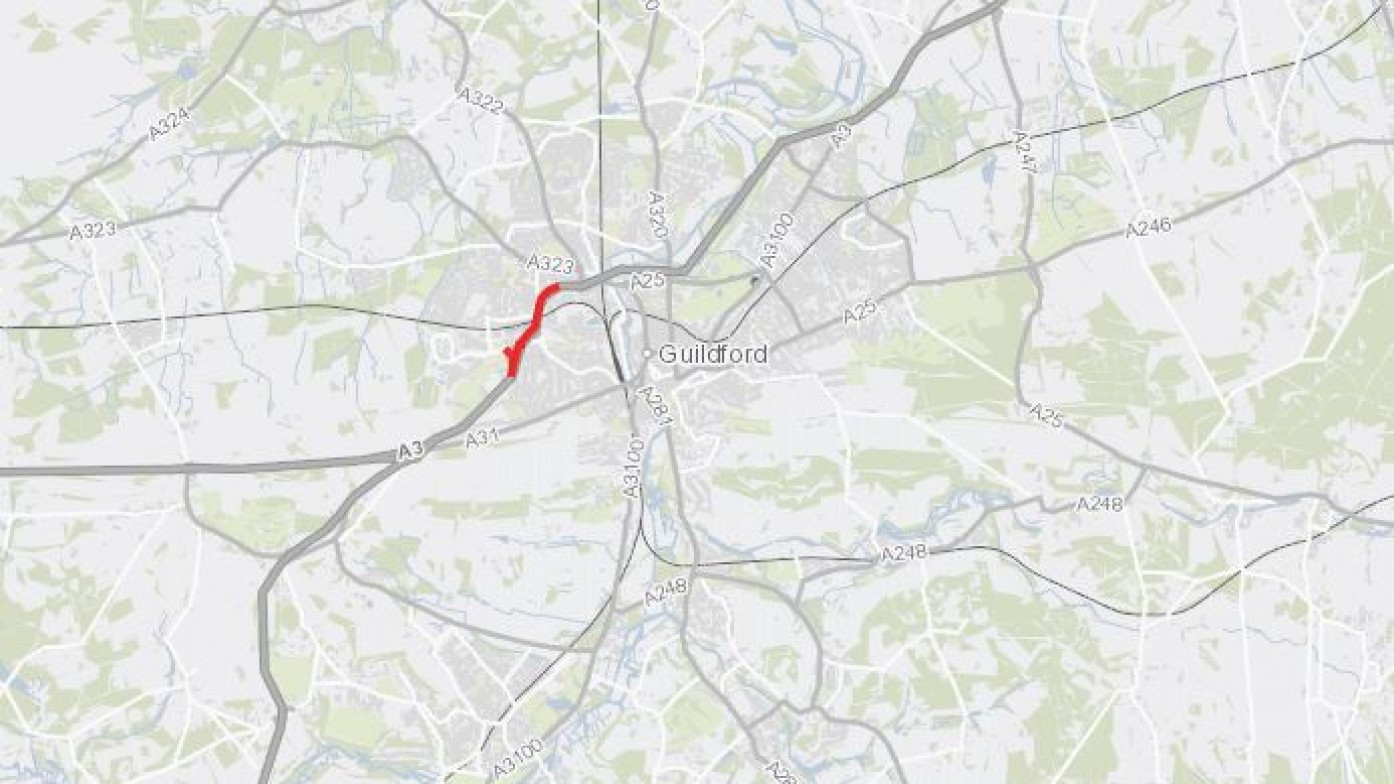 Dangerous Levels of Pollution in Guildfo... View article Highways England conduct a series of pollution surveys on the strategic road network.   The latest survey shows pollution on the A3/A25 to A3/A31 seems to be the highest in the country by some margin and twice the median level of the 3... View article