Refashioning Economics for the 21st Century

Refashioning Economics for the 21st Century

As the Doughnut Economics Lab describes it – ‘Doughnut Economics proposes an economic mindset that's fit for the 21st century context and challenges. It's not a set of policies and institutions, but rather a way of thinking that brings about the regenerative and distributive dynamics that this century calls for. Drawing on insights from diverse schools of economic thought - including ecological, feminist, institutional, behavioural and complexity economics - it sets out seven ways to think like a 21st century economist in order to bring the world's economies into the safe and just space for humanity’.

The idea was proposed by a British economist Kate Raworth from Oxford University’s Environmental Change Institute in her book Doughnut Economics published in 2017.  The principles are described in Raworth’s 2017 bestselling book, Doughnut Economics: Seven Ways to Think Like a 21st-Century Economist. The book, even if you disagree with its conclusions, is an interesting summation of Economic thinking and evolution.

The inner ring of her doughnut sets out the minimum we need to lead a good life, derived from the UN’s sustainable development goals and agreed by world leaders of every political stripe. It ranges from food and clean water to a certain level of housing, sanitation, energy, education, healthcare, gender equality, income and political voice. Anyone not attaining such minimum standards is living in the doughnut’s hole.

The outer ring of the doughnut, where the sprinkles go, represents the ecological ceiling drawn up by earth-system scientists. It highlights the boundaries across which humankind should not go to avoid damaging the climate, soils, oceans, the ozone layer, freshwater and abundant biodiversity.

Between the two rings is the good stuff: the dough, where everyone’s needs and that of the planet are being met.

Kate Raworth proposes that we need to move economics from its normal goal and mindset of endless GDP growth.  Economic analysis needs to consider the big picture and recognise that the economy is embedded within, and dependent upon, society and the living world – we live within limits. Doughnut Economics recognises that human behaviour can be nurtured to be cooperative and caring, just as it can be competitive and individualistic. It also recognises that economies, societies, and the rest of the living world, are complex, interdependent systems that are best understood through the lens of systems thinking.  It calls for turning today's degenerative economies into regenerative ones, and divisive economies into far more distributive ones. Lastly, Doughnut Economics recognises that growth is a healthy phase of life but nothing grows forever and things that succeed do so by growing until it is time to grow up and thrive instead.

If the 21st century goal is to meet the needs of all people within the means of the living planet - in other words, get into the Doughnut - then how can humanity get there? Not with last century's economic thinking.

The workshop was a well-attended event in the Guildford Borough Council Chamber which introduced the subject but also prompted thinking as to how it might Doughnut Economics might aid consideration of issues for the Guildford Locality.

As previously noted, see below Amsterdam has adopted the concepts to guide its future. 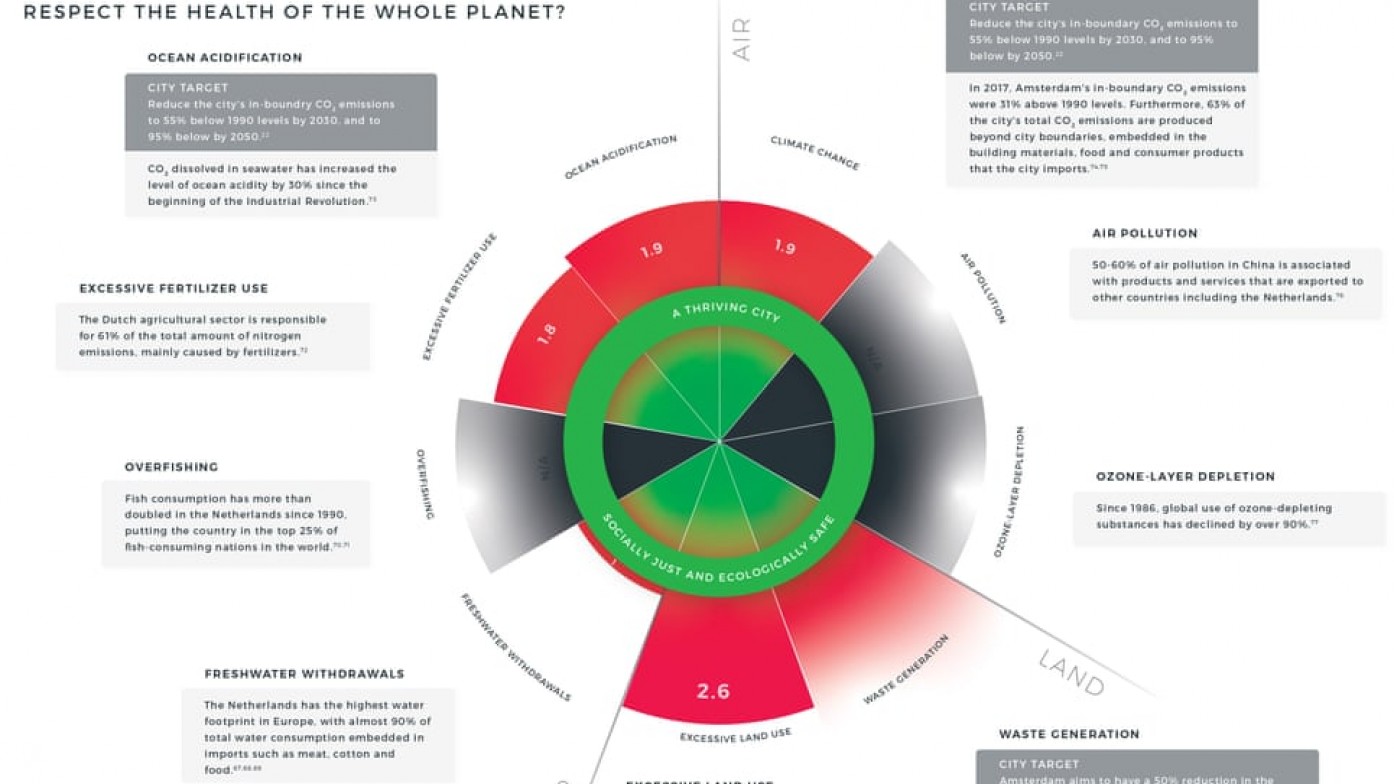 Doughnut Economics - adopted by Amsterda... View article The city of Amsterdam, is thinking about its economy in a different way as it plots a way back from the Covid pandemic. While straining to keep citizens safe in the Dutch capital, municipality officials and the British economist Kate Raworth from ... View article