A principle that is being adopted worldwide

Initial reaction was less than positive; it didn’t seem possible for people to live, shop and work within a 15-minute radius. Covid and the Climate Crisis, has changed this perception.  There are several cities and towns actively planning/implementing 15-Minute neighbourhoods,

The Paris Mayor, who is advised by Carlos Moreno, is working to make everything essential to life, from culture and entertainment to great restaurants and a place to work, is a 15-minute walk, cycle or public transport ride away. To support this Paris has built cycle highways, added social housing to richer neighbourhoods, transformed school grounds into gardens the public can access outside school hours. A 15-minute neighbourhood, doesn’t mean everyone is permanently working from home Paris, where neighbourhood co-working spaces are already being set up.  The City has even appointed a commissioner for the 15-Minute City – but there is much more to be done.

Other cities in Europe

Devloping strategies including Madrid which has annouced plans to divide the city up into self-sufficient “superblocks”; and Milan is using the 15-minute city as a framework for post-Covid recovery;

Research by Theta Global Advisors shows that 10% of people have moved away from a city or urban area since Covid arrived, and 24 per cent say they will no longer commute back into the city for their job.

Flexible workspaces are now popping up across the UK, from a converted hotel in Ealing to a community centre in Oxfordshire, and there’s a clear demand for them.

According to IWG who run rental offices, 77 per cent of employees say a place to work closer to home is a must-have for their next job move. Only one in five are now willing to commute for more than 30 minutes.

Edinburgh has developed a strategy for 20-minute neighbourhoods in and around the capital city. In plans announced in June, the planners involved in changing Edinburgh explained “the global health crisis has highlighted even more strongly how important ‘liveable’ neighbourhoods are.”

Portland, Oregon, has been a leader in the movement introducing  ‘20-Minute Neighbourhoods’ in 2010. “The exact number of minutes doesn't really matter,” says Eric Engstrom, principal planner on the project. “It’s about making those neighbourhoods more complete and liveable.” Portland has used the 20-minute concept as a way of ensuring the city can grow quickly, a 13% increase over the last 10 years, without any problems. Engstrom highlights that newcomers moving into a new place already have their routine disrupted so they adapt to a new 20min routine. Measures can be surprisingly small e.g. posting bus vouchers and timetables to movers into new apartment blocks, to gently nudge them away from depending on their car

The desire to avoid long, daily commutes is so strong that developers are now looking at previously undesirable, out-of-the-way locations. Christopher Gray, associate director at planning and design at the UK design firm OPEN, highlights that areas near the ends of regional train lines have become much more attractive to people who are just popping in once a month, twice a month, or once a week even. Local Businesses also benefit as they don’t lose all that spend to people working away from their local area.

The pandemic has made people realise what their local neighbourhoods have to offer; but also, what’s not there.  The concept of a complete community has been a hallmark of planning for years; they’re an environmentalist’s dream

If 15-minute neighbourhoods aren’t planned properly and inclusively, there’s a big risk they will broaden inequity. The thoughtful implementation of the concept has to be: ‘how can it be used to improve existing communities?’” The key here is affordable housing, or social housing schemes (Paris intends to have 25 per cent of Paris’s housing be social by 2025 – a contrast to the UK!!). 15-minute neighbourhoods won’t work unless everyone can afford to live there.

The curent work on the Town Centre Masterplan is considering the adoption of 15 Minute Neighbourhoods.  This will have an impact on the spatial strategies adopted e.g. allowing for commercial space, de-emphasising car travel, provision of local health and education facilities. Many of our proposed developments are still too dependent on travel to work and facilities such as GP's.

If Guildford is to evolve to a 15-minute town this needs to be supported by measures to create and centre the neighbourhoods.

If the Town Centre Masterplan, and an adoption of 15-minute town/city principles, is to be a reality it will need to consider options for sites such as St Mary’s Wharf to ensure the balance of the area supports 15-minute principles.

Currently we are in danger of our Town Centre being 15 Minute - Dwelling, Food & Beverage, Retail, - 30 minute to Public Infrastructure e.g. surgeries, and 60 minute to employment located in London!!

Culture and Arts – Stretching in a rough L shape from the Museum through the Yvonne Arnaud along the River to Academy of Contemporary Music.

Food and Market – Centre on a revitalised North Street

Commercial and Civic Hub – If the Bedford Road area is redeveloped this could form the basis for commercial quarter and relocated council offices etc. 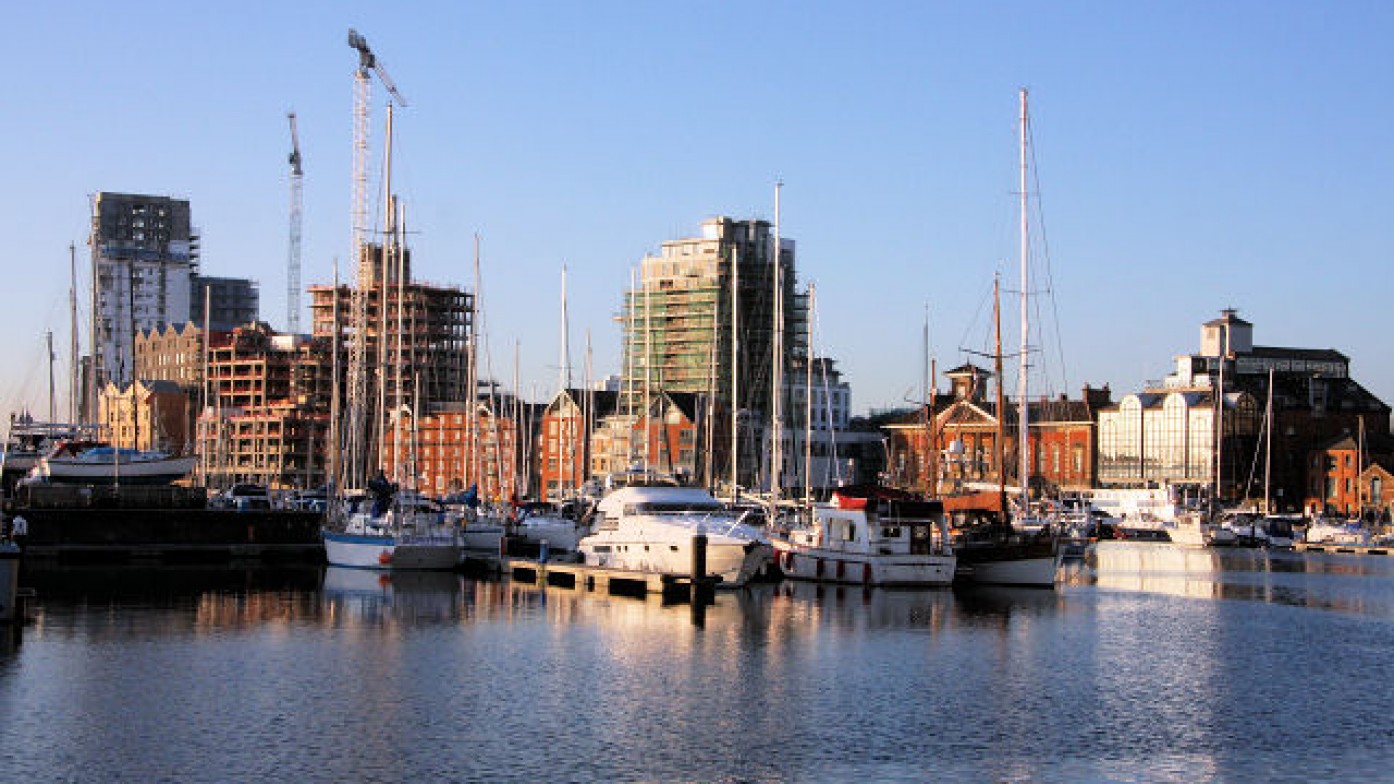 Ipswich to become a 15 minute town. View article Ipswich is aiming to become UK’s first truly ‘connected town centre’, a progression of the internationally recognised model known as the ’15-minute city’.   The 15-minute city is the concept that residents s... View article